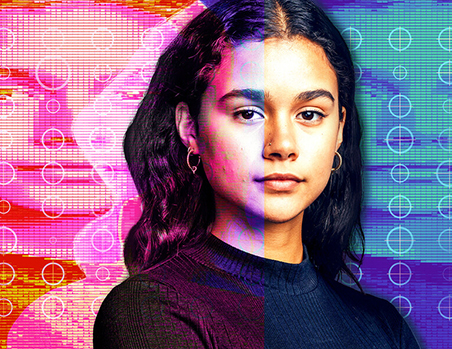 The diagnosis of mental illnesses such as major depression, schizophrenia, or anxiety disorder is typically based on coarse groupings of symptoms. These symptoms, however, vary widely among individuals as do the brain circuits that cause them. This complexity explains why drug treatments work for some patients, but not others.

Now Yale researchers have developed a novel framework for the emerging field of “computational psychiatry,” which blends neuroimaging, pharmacology, biophysical modeling, and neural gene expression to map these variations in individual symptoms to specific neural circuits.

The findings, reported in tandem papers published in the journal eLife, promise to help create more targeted therapies for individual patients. The two studies were led, respectively, by Alan Anticevic and John Murray, associate professors of psychiatry at Yale School of Medicine.

In one study, a team led by Anticevic and Jie Lisa Ji, a Ph.D. student at Yale, used advanced statistical approaches to identify precise sets of symptoms that describe specific patients more accurately than traditional coarse diagnoses of mental illness, which do not account for individual variation of symptoms or the neural biology which causes them. The researchers found that these refined symptom signatures revealed precise neural circuits that more precisely captured variation across hundreds of patients diagnosed with psychotic disorders.

For instance, they found patients diagnosed with schizophrenia exhibited a diverse array of neural circuitry, the network of neurons which carry out brain function, that could be linked to specific symptoms of individual patients.

In the related study, led by Murray and Ph.D. student Joshua Burt, researchers simulated the effects of drugs on brain circuits. They used a new neuroimaging technology which incorporates a computational model that includes data on patterns of neural gene expression.

Specifically, the team studied the effects of LSD, a well-known hallucinogen known to alter consciousness and perception. Murray and colleagues were able to map personalized brain and psychological effects induced by LSD.

Understanding the neural effects of such substances can advance the treatment of mental illness, the researchers said. LSD is of particular interest to researchers because it can mimic symptoms of psychosis found in diseases like schizophrenia. It also activates a serotonin receptor which is a major target of antidepressants.

“We can develop a mechanistic view of how drugs alter brain function in specific regions and use that information to understand the brains of individual patients,” said Murray.

By linking personalized brain patterns to symptoms and simulating the effect of drugs on the human brain, these technologies can not only help clinicians to predict which drugs might best help patients but spur development of new drugs tailored to individuals, the authors say.