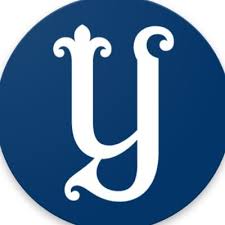 Coming here for the first time, I had the idea that because the Yale community is so academically strong, our social culture must be highly empathetic, nuanced, emotionally intelligent…

I do not exclude myself from scrutiny when I say that we need to reevaluate the way we treat others. Many times in casual conversation, I’ve heard light-hearted remarks, slick with malice: “Do you know him? He’s so weird at parties, just stands around awkwardly,” or “She has no social skills.” Once, I heard a friend of mine voice similar thoughts, and when I brought up the idea that perhaps the person had autism, my idea was tossed away and quickly dismissed. With a sibling on the autism spectrum, or as someone who has at least a primitive understanding of how the spectrum works, I didn’t understand why this was such a ridiculous idea. Autism does not only exist when we can visibly perceive it. Autism is not confined to volunteering settings. Autism is a real, everyday, common disorder that has no name and no face, by virtue of its sheer variety of symptoms.

However, rather than claiming that anyone who possesses some social awkwardness must be on the spectrum, I want to ask this: What is the distinction between treating someone on the spectrum with empathy and support, and poking fun at others who act socially “awkward” or act different? Why is there such a dichotomy in how we ration out our empathy?

I’ve spent four years volunteering with special needs children at Friendship Circle, a national nonprofit organization that provides for youth on the spectrum, but the takeaway of my volunteering experience was never that special needs children specifically deserve our empathy. It’s that every single person, regardless of perceived differences, deserves respect and support.

Too often, I’ve noticed performative empathy: volunteers give their utmost love and affection towards children with mild autistic symptoms but then withhold such empathy from adults on the spectrum, those with more severe symptoms or those who don’t conform to social norms outside of the volunteer environment.

Would it be so impossibly difficult to try to swallow a snide comment about that “weird” kid who didn’t talk to anyone in class or at a social event? Would it mean social suicide to try holding a genuine, engaged conversation with someone who seems out of place or “awkward?”

Especially as a first year, there is immense pressure to fit in with as many people as possible and to successfully navigate all of our social interactions. As a non-confrontational person myself, there has always been a part of me that wants to be liked by everyone and wants to avoid making anyone else feel bad. But when I hear one person poking fun at someone’s expense and then I hear others join in, agreeing for the sake of agreeing, I find that I can’t suppress my anger anymore.

When I hear classmates at Yale poking fun at a person who acts “different” or “awkward,” all I can think about is how that person’s mother would feel if they were there. To hear people mocking your child or deriving social satisfaction from a part of them that they cannot change, is a painful experience that no one should have to go through. We have to make conscious efforts to speak as though that mother is there. Because all of us should strive to be as defensive, as protective of each other’s humanity as a mother is.

Next time we hear the “r” word being used, next time we use someone’s social awkwardness or perceived differences as the punchline of a joke, next time we neglect to consider the spectrum that is social communication disorders, let us try to be better and stay true to our empathy.

My mother has always told me that the most beautiful feeling parents can experience is knowing that someone wants to talk to and be friends with their children. Whenever I volunteered at Friendship Circle, I was blown away by how touched the parents were that we had grown so close to their children. Empathy is unbelievably powerful; it is a force of life that we need to keep at our disposal, a force we need to keep using, reusing, recycling, because love is never something the world has enough of.

KIRAN MASROOR is a first year in Jonathan Edwards College. Contact her at kiran.masroor@yale.edu .